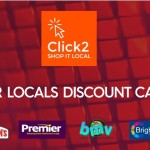 Last evening I joined our local Police and Council ASB and housing teams for a number of planned enforcement visits around South Shore. We were travelling down a main road in South Shore with the Police in a car when Cllr Bradley Mitchell, who was with us, thought he spotted a man carrying a knife. The Police turned the car around and 30 seconds later we saw a man with a foot long machete repeatedly attacking a young woman.

The Police got out of the car and ordered the man to drop the weapon. He refused and became extremely aggressive. The man ran off and after a short chase and use of pava spray the man eventually dropped the knife and was arrested.

The bravery and conduct of the 2 local Police Officers was outstanding. If we hadn’t have seen the suspect when we did and were it not for the bravery of the Officers in stopping him we could have seen a major incident which multiple fatalities.

The bravery and commitment of our Police Officers is second to none. They deserve enormous respect and admiration for the job they do in protecting our community on a daily basis.

I will be ensuring that the two Officers are properly recognised for their bravery and after providing a statement to the Police will be following this case closely to ensure that justice is served.

(As this is a live incident the details in this post have been kept fairly vague so as not to compromise the case).

All text written in this blog is from Scott’s own website.

BLACKPOOLis back on the map and tourists flock to the resort and temperatures are set to stay.

we are currently updating the store catalogue if your shop or business is not listed ! please keep an eye out on the website or Facebook group Dismiss